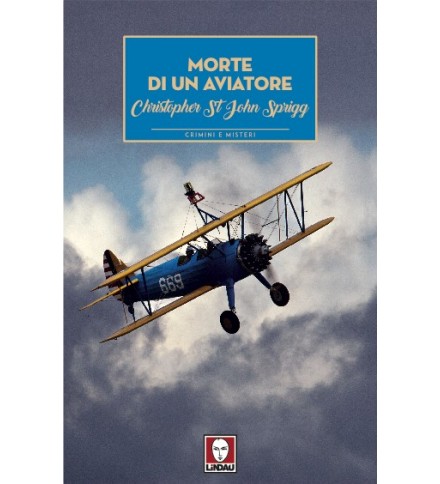 An unusual book, a thriller novel with an aeronautical background. An exciting affair concerning a strange plane crash.

Easy returns also for jackets and other clothes

An aeronautical thriller, a detective story built on a fascinating case of a pilot's mysterious death.
George Furnace, flight instructor and ace of British aviation, loses his life in a tragic and mysterious plane crash in the English countryside. The friends and colleagues of the Aeroclub of Baston are upset, but tend to accept the hypothesis of a misfortune. Someone, however, is not convinced: it is Edwin Marriot, an Australian bishop on vacation, who, despite being his first flight lessons, immediately senses that there is something strange. Possible that it was an accident?
Or, as some clues would suggest, a spectacular suicide? With the help of the bishop, Detective Creighton and Inspector Bray of Scotland Yard begin to investigate the case, running into an increasingly troubling series of puzzles that will lead them to discover a vast and intricate criminal network.
With its bright and humorous style, this acrobatic novel will take us far from his starting point and every initial certainty.

The author, Christopher St.John Sprigg (1907-1937), pseudonym of Christopher Caldwell, was born in the London suburb of Putney. Always passionate about aviation, as well as directing a specialized magazine for some time, he published some aeronautical manuals. He then began to approach the Marxist theories and, like various English intellectuals of his generation, joined the Communist Party in 1936. Shortly thereafter he joined the volunteers of the International Brigades and reached Spain as an ambulance driver and rifleman.
He lost his life the following year, during the first day of the battle of Jarama. Despite his premature death he was the author of critical essays, collections of poems and especially crime novels, including Crime in Kensington (1933), The Perfect Alibi (1934), Death of a Queen (1935).
Death of an aviator is at the first Italian edition.